Four tips to being a great presenter

The tools of communications have changed dramatically in the last few years, one thing that has not changed much is the human brain. Our brains are wired for stories. We think in narrative and enjoy consuming content in story form. Stories have the ability to make music out of the noise. It is the greatest weapon we have to combat noise because stories organize information in such a way that people are compelled to listen.

As it relates to our events, for presenters and speakers, it’s critical to understand the difference between just presenting vs storytelling, especially in the world of virtual and hybrid events where engagement is paramount in moving an audience to action. Just as technology has the bad rep to get in the way, so can presentations. Slides should be designed to complement a story, not to replace the storyteller.

Below are five storytelling strategies to help you stand out the next time you give a presentation:

If you want to engage your audience, you have to tell a story. But for most people who prepare presentations, storytelling is not top of mind. 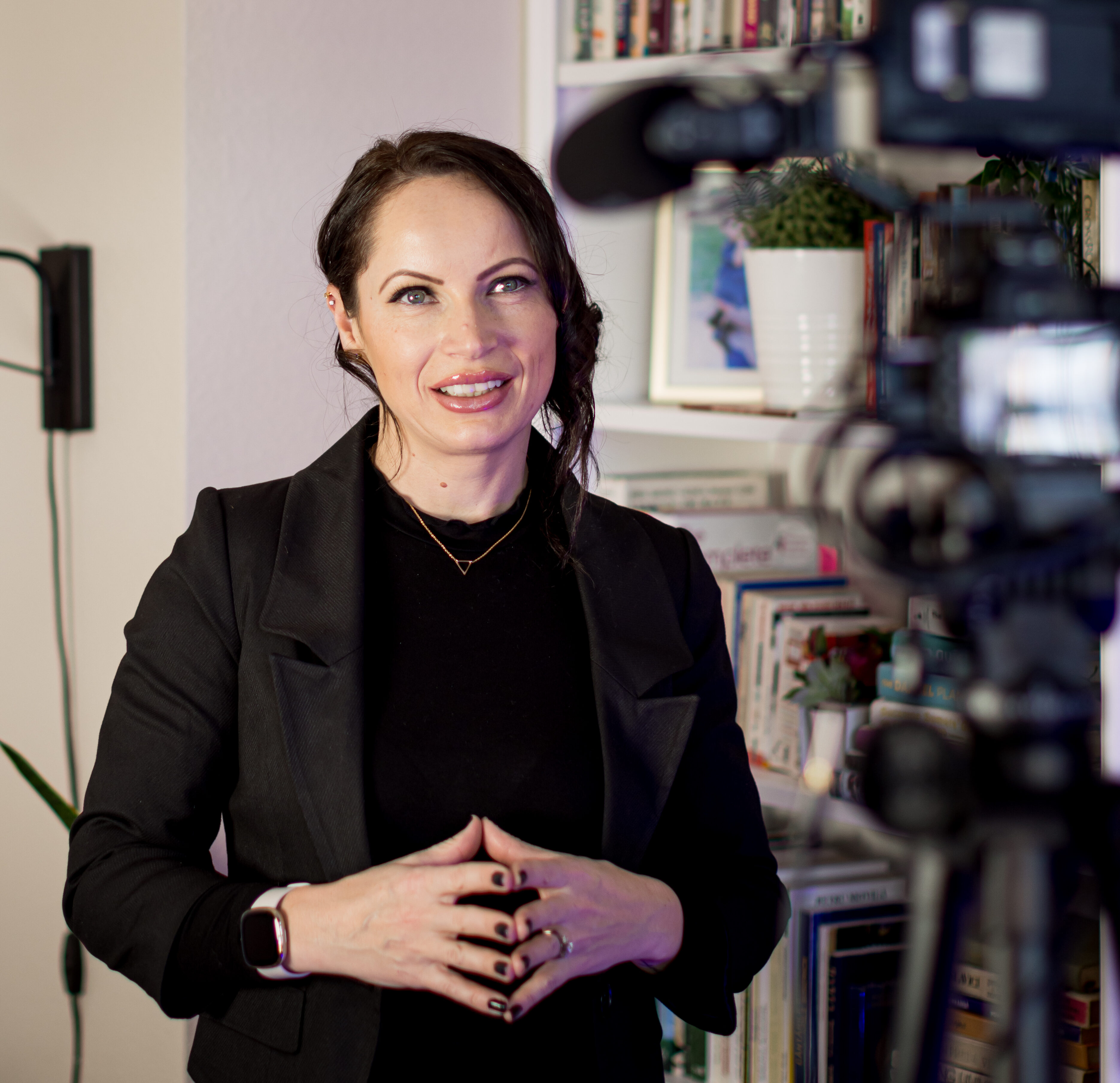 A bulleted list is not a story. A story is a connected series of events told through words and/or pictures. A story has a theme, attention-grabbing moments, heroes and villains, and a satisfying conclusion. Nicely designed slides cannot compensate for a poorly structured story.

Award-winning movie directors read or write the story before picking up a camera. They see the movie play out by sketching or drawing each scene on storyboards. In much the same way, effective presenters think through the elements of their content long before they start working on a slide deck.

Before you sit down to create your slides, try this three-step process:

In his much-celebrated TED Talk, Chris Hadfield’s presentation, “What I learned from going blind in space” was an astonishing display of visual storytelling. His deck contained 35 slides – with no text. Instead, Hadfield relied on pictures, images, animations, and videos to introduce the audience to a world few will ever experience.

Our audience will recall about 10% of the content if they simply hear information.

But the “picture superiority effect” means that if they hear information and see a picture, they’ll retain 65%.

Humans are moved more by stories and pictures than data and text alone, and so unless your audience is not humans,  if you want to engage a human audience, build a presentation that favors pictures to complement the story you tell. A combination of images and words improves learning much more than words can do on their own. 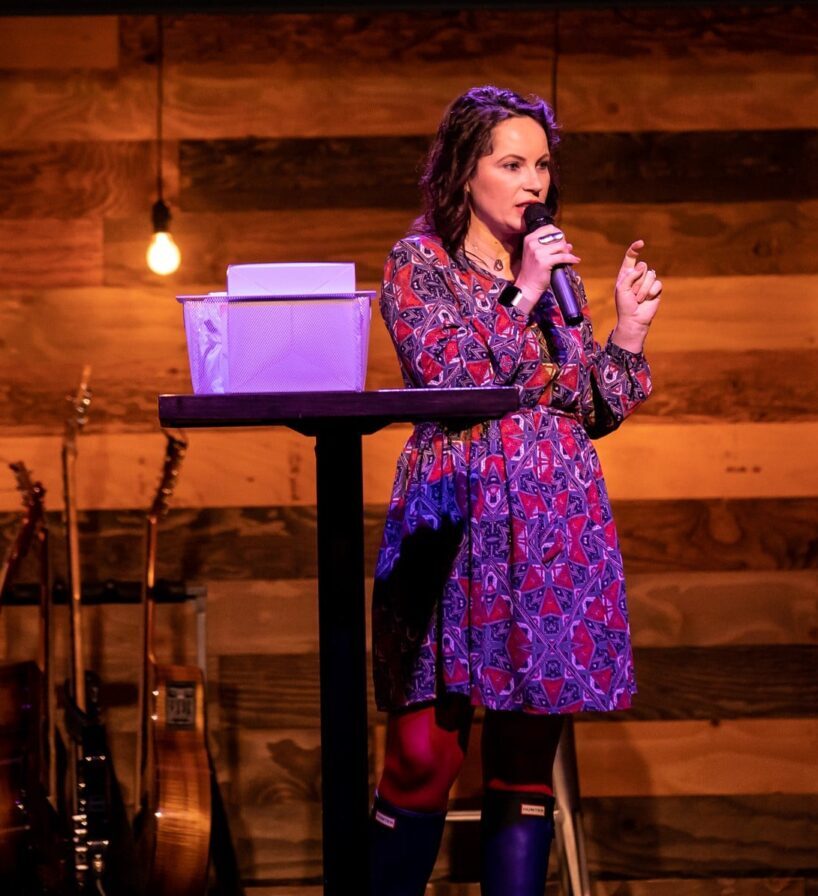 Florence Nightingale understood picture superiority more than a century before the invention of PowerPoint. Nightingale was a statistician and mathematician. She was also an empathetic nurse who was shocked to discover that more British soldiers were dying from unsanitary conditions in hospitals than were dying of battle wounds. When Nightingale sought funding from British authorities to improve conditions, she translated the dry data into a color-coded graphic.

As Nightingale discovered, the human brain was not built to make sense of large numbers. Data is abstract until it’s put into context that people can understand. And people can understand people. While data provides evidence, it doesn’t tell a story. Only humans can do that.

The next time you have large datasets to present, add a face to the statistics.

Most slide decks are boring because they’re predictable. We know what comes next – another slide of bullet points, followed by another, and another.

A good story, however, has the element of surprise.

When Steve Jobs introduced the first iPod, he told the audience that the music player could store 1,000 songs. While other music players on the market could make the same claim, Jobs explained that none of the competitors could fit in your pocket. And with the flair of a magician pulling a rabbit out of his hat, Jobs reached into the pocket of his jeans and pulled out the smallest MP3 player on the market.

“One thousand songs in your pocket” became one of the most iconic taglines in product history. 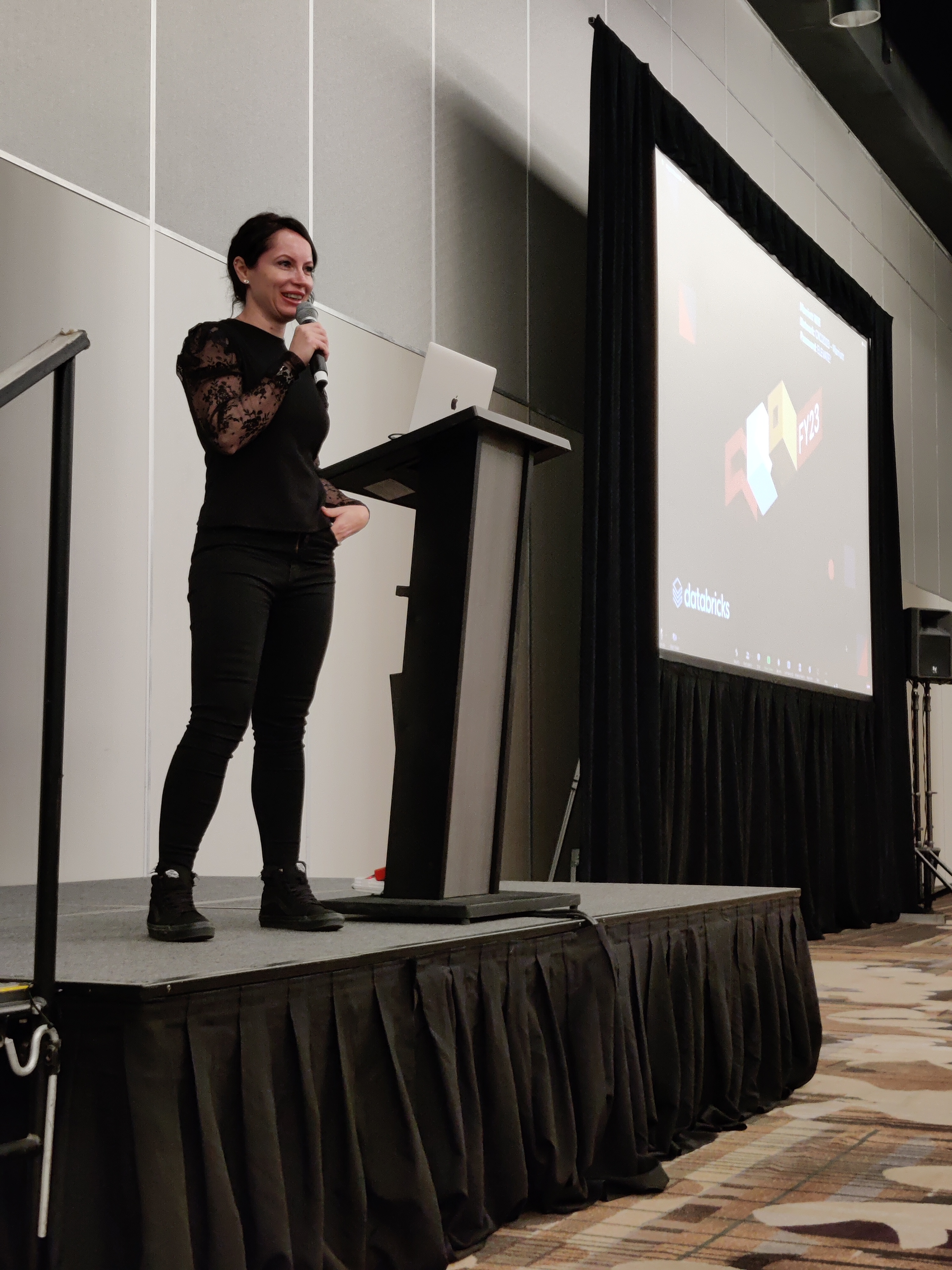 Next time you feel tempted to create a boring deck, think of ways in which your presentation can complement a well-crafted story.

The human brain pays attention to novelty – twists and turns and unexpected events. Our brain perks up when we detect something that breaks a pattern. There’s no limit to your creativity. While you don’t need to pull products out of your pocket to grab the audience’s attention, do plan to surprise people with something they don’t expect.

Most presentations are forgettable because speakers forget they’re performing, not presenting.

A great presentation informs, inspires, engages, and entertains. In other words, it’s part performance and should be rehearsed like one.

Most presenters flip through their slides silently to prepare for a presentation. Storytellers rehearse – out loud. They practice their vocal delivery, adding perfectly-timed pauses and varying the pace of their speech. If they plan to stand in front of a group, they’ll stand during rehearsal. If they’re going to be seated in a Zoom call, they’ll take their seat in rehearsal and deliver each slide as though they’re giving the real thing.

When you see yourself as a storyteller, the presentation your audience sees will change.

Don’t let presentation software get in the way of giving your audience information they’ll pay attention to – and retain.

And if you’re presenting virtually, just as important as your storytelling skills is making sure technology works in your favor and not against you, so you’re confident that you’re showing up as the best version of yourself when presenting virtually. See our C.A.L.L.S. tips here.

END_OF_DOCUMENT_TOKEN_TO_BE_REPLACED

Must-dos and have’s when speaking virtually

END_OF_DOCUMENT_TOKEN_TO_BE_REPLACED

Virtual Event Producers: what do they do?

END_OF_DOCUMENT_TOKEN_TO_BE_REPLACED

One of my favorite upcoming featured guests highlighted during the current Events: demystified Podcast‘s “𝐖𝐨𝐦𝐞𝐧 𝐁𝐞𝐡𝐢𝐧𝐝 𝐓𝐡𝐞 𝐒𝐜𝐞𝐧𝐞𝐬 𝐈𝐧 𝐄𝐯𝐞𝐧𝐭𝐬 𝐚𝐧𝐝 𝐄𝐯𝐞𝐧𝐭 𝐏𝐫𝐨𝐝𝐮𝐜𝐭𝐢𝐨𝐧𝐬” season, is Jeniffer Bello, CMP, one of my newest friends made during the several industry trade shows, conferences, and FAM trips that we kept running into each other, which made it feel like it was meant to be, a friendship match made in heaven.

Jen is my kind of girl: different, bold, and confident in her own skin.

She doesn’t apologize for who she is and she doesn’t dim her light just because she might not be everyone’s cup of tea.

Talking to her made me feel like I am talking to my twin self and I for once, felt like I belonged. And for someone like me, feeling like belonging to something or someone, is a HUGE deal. So, without further ado, here’s Jen’s bio.

Jeniffer Bello, CMP – President and Executive Producer; Experiential Design, Meeting Planning with a Purpose, Production Management, Destination Sourcing, and everything in between.

Connect with Jen on these channels: